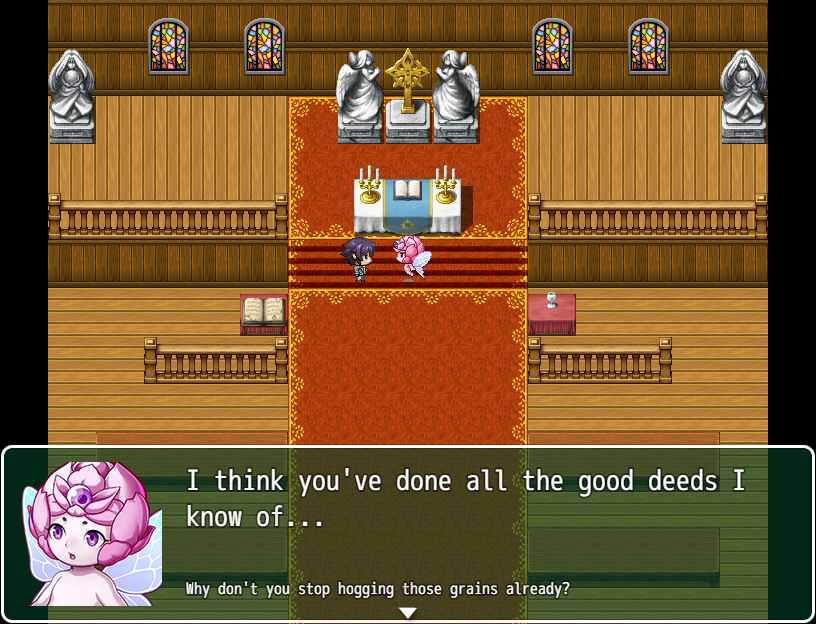 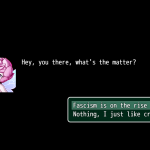 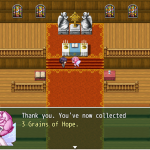 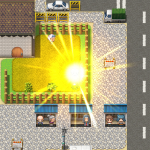 This game was created for #ResistJam, the game jam about resisting the rise of authoritarianism around the world in 2016-2017.

Star as a despondent anti-fascism activist who gets a dressing down from a magical fairy. “You wanna see change, BE THE CHANGE!” is the rallying cry of this game, as you travel around a run down city performing good deeds for the community.

The game comes off a little more passive-aggressive than I had intended. I don’t want to shoulder the blame onto people actively opposing authoritarianism – I am one of them – but I think the central message is still a strong one. The people voting for these abrupt and dangerous changes aren’t all bad. In many cases they’re just people who’ve been left behind by the system we all live in. That’s why the game focuses around doing good deeds in your community. 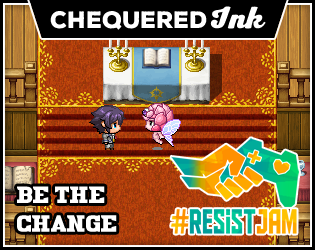 Made for Resist Jam.

Android: Android 2.3 and above. Capacitive touch screen. Disk space.
Windows Vista, Windows 7, Windows 8 or Windows 10: 512 MB RAM, 128 MB Graphics, Screen Resolution over 1024 x 768. Disk space.
Before continuing to use our website, you will need to read and consent to our privacy policy. This includes information about how we use cookies and how we collect and use your personal data. Read Our Policy Accept Reject
GDPR / Privacy & Cookies Policy
Necessary Always Enabled