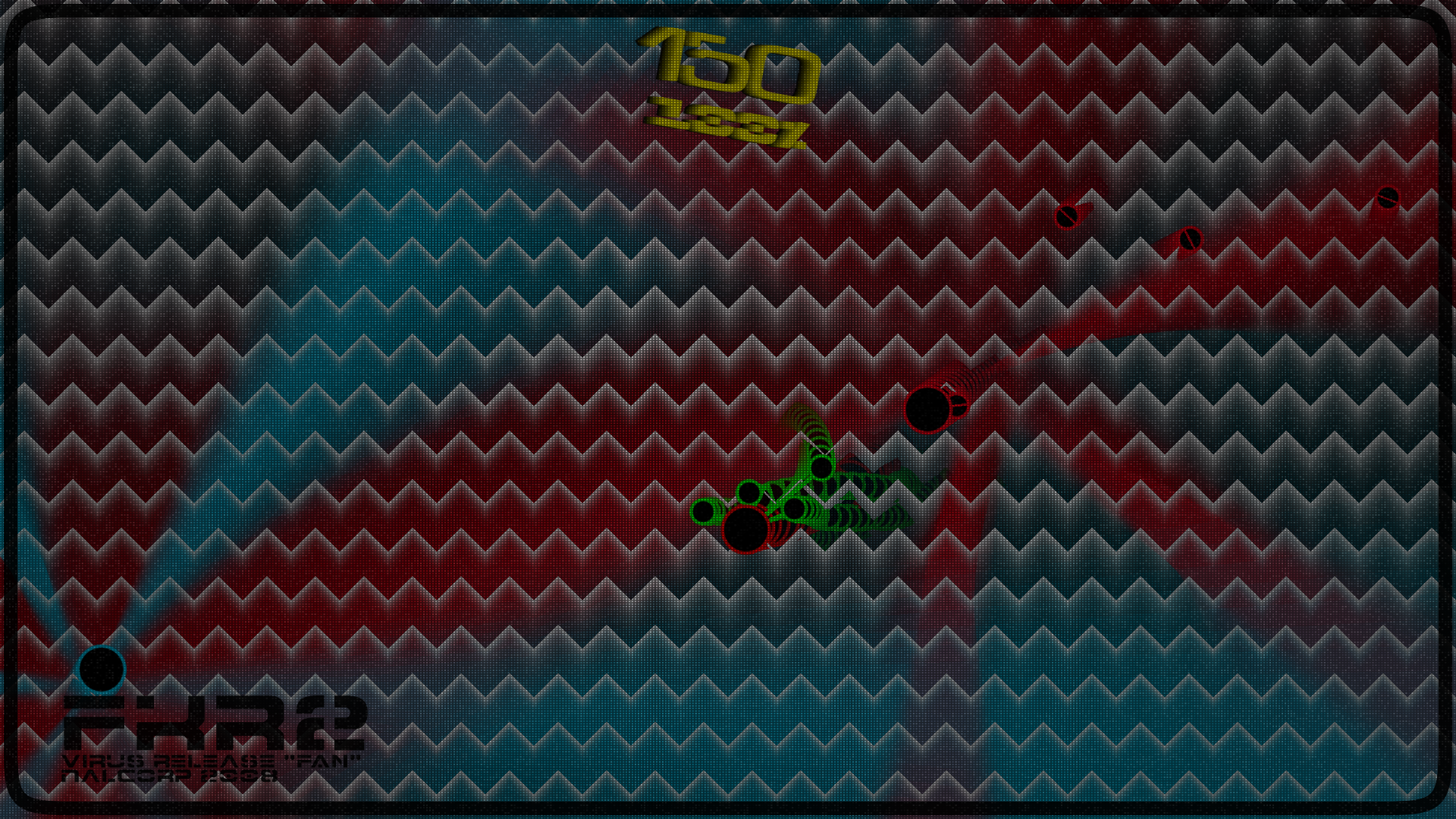 Every year since the dawn of time, assuming the dawn of time occurred in October 2007, Fantastic Kinetic Reflexes has reared its head and jumped into the world. Each instalment brings negligible improvements and sometimes even stupid graphical “enhancements”.

And just because NAL Is Dead doesn’t mean it’s not happening again.

FKR10 sees you progress through time and each yearly installment of the FKR virus, raiding computers as antivirus programs attempt to take you down.

The mouse moves the FKR virus. Attached to it, and continuously orbiting it, are a number of trojan horses – swing these into the defending antivirus programs to defeat them.

But don’t be datablasted too much, or you’ll be erased from the computer quicker than your browsing history when you think someone might gain access to it.

Managing Director, designer of over 800 fonts and creator of over 170 independent games. She.
Over 5000 fonts