Dodge an endless assault of weapons as you orbit around the boss on a fixed circle, it’s not as easy as it looks. Can you secure bragging rights as the best space pilot to bite the dust against the alien menace?

Your home planet is under siege from a band of intergalactic pirates led by the fiendish Gyro Boss, but unfortunately your technology is no match for this deadly beast and his crazy weapons. Every game is doomed from the start, but you’ll fight with honour to complete your mission objectives and achieve the best possible score.

Chequered Ink Ltd. is a design studio from Bath, UK. Formed in June 2015 by Daniel Johnston and Allison James, both former employees of YoYo Games, the home of GameMaker: Studio. We have designed hundreds of games and fonts between us over the course of 4 years. 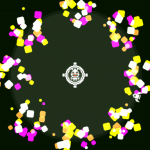 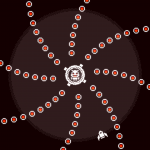 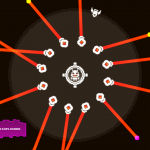 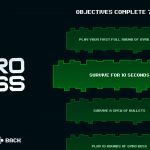 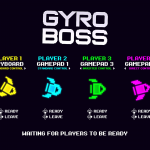 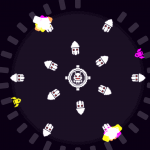 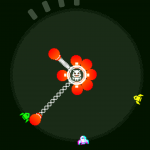 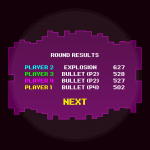