Hey, it’s Dan here with another monthly round-up of everything Chequered Ink. The first half of 2017 has absolutely flown by and if I wasn’t having so much fun I’d probably find myself filled with existential dread!

This month I’ve been on holiday, worked on a few fonts and small game projects while NAL has held down the fort working on our mammoth quiz game, Tick Tick Pass. But that’s not all we’ve been up to, check out the full story below…

Yes, on June 18th we officially turned two years old! In that time we’ve released a whole bunch of games, fonts and design assets and we couldn’t keep going without your tremendous support. A big thank you to everyone out there who follows us and supports what we do.

Any avid PC gamer will know that the Steam Summer Sale is now on! It started on June 22nd and runs until this Wednesday, July 5th. All three games in our own Steam catalogue are on sale at ridiculously low prices.

At the time of writing you only have 4 days left to take advantage of the sale, don’t miss out on these great prices! NAL is Alive in particular is a steal. 130 games for £1.09 – who could possibly argue with that?

In my bid to keep my personal target of one game released every month in 2017, I pumped out a brand new game in our “Trove” series. Guessy Trove sees you playing “Higher or Lower” with a deck of cards to win treasure from the enchanted treasure trove! The game is available for free on Android, PC and in browser, and it’s not bad for a game made in under 24 hours if I do say so myself.

This month we’ve released eight brand new fonts bringing our total to over two hundred! You can now find our full list of fonts on our own website here, as well as on fontspace and dafont.

Pretty soon we’re planning to make some licensing changes to give you even more options for using our fonts in your projects. For now you can grab yourself one of our current licenses here. 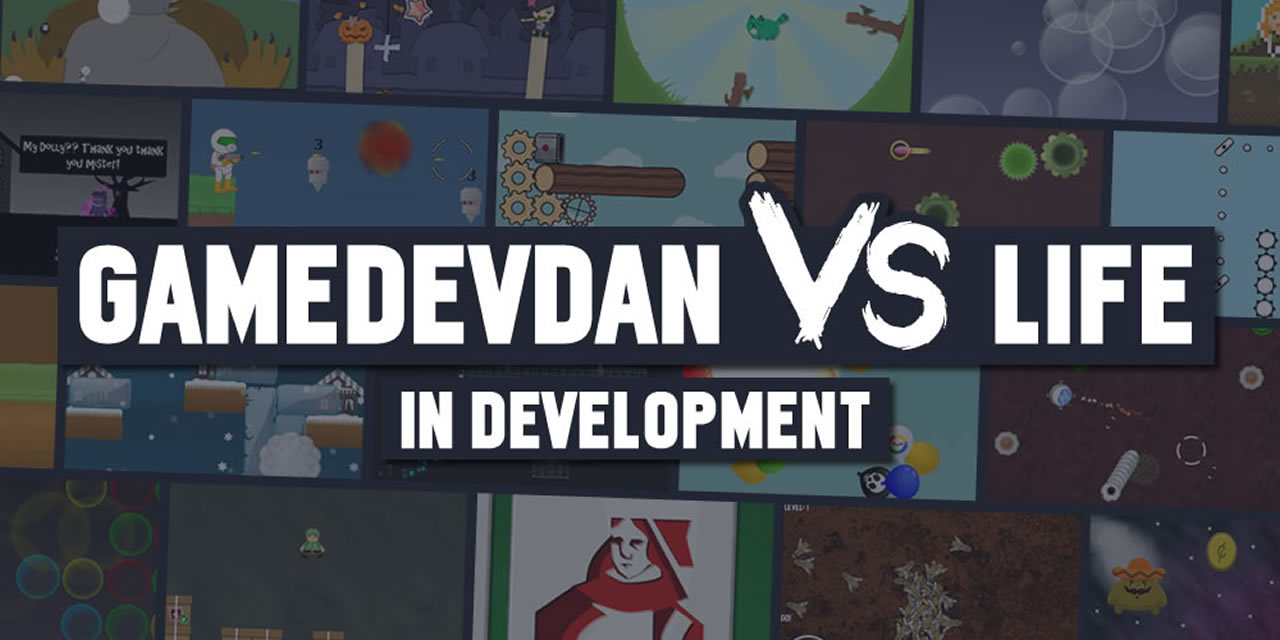 Earlier this month I announced my own personal equivalent of NAL is Alive. NIA features all of NAL’s pre-Chequered Ink projects in one sexy launcher, so we thought it’d be a great idea if I did the same with GameDevDan Vs Life. The pack will feature 50 of my games from my time as a single independent developer. The project is in its early stages, so there’s a long way to go yet but you can expect more announcements in future.

Finally, as usual, NAL has been slogging away on Tick Tick Pass like an absolute trooper. The game is really coming together with a new graphical overhaul, new game modes, an improved back-end and generally better playability. We’re really looking forward to putting this out there for you guys to enjoy, but there’s still quite a bit of work to do. In the meantime, why not digest this series of the latest screenshots from our Twitter?

Cleaning up a couple older graphics in Tick Tick Pass – here's how one of the lists currently looks in-game! #gamemaker #indiedev #gamedev pic.twitter.com/bkwXvJyODt

Tick Tick Pass as it stands – 870+ quests and getting better by the day. #gamemaker #gamedev #indiedev #screenshotsaturday pic.twitter.com/Aw9r1u0K8S

That’s all for this month. We hope you’re all enjoying your summer. You can follow us on Twitter and Facebook if you want to keep up with our work between now and the next round-up!