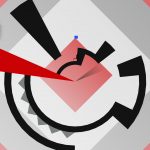 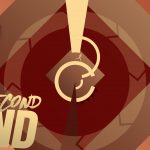 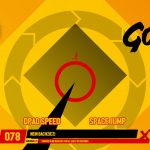 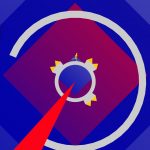 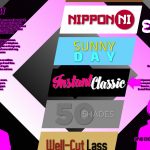 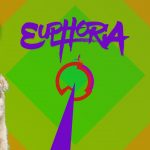 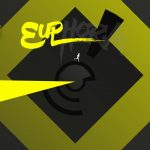 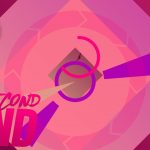 Maddening Euphoria is a unique, challenging arcade game with randomly generated level design, in which you control brother and sister duet Mason and Millicent Zane as they flee from their own imagined realisation of their troubles in life – an inescapable wall of death – while avoiding bottomless pits, deadly spikes and speed-reducing pools of thick goo. Keep within spitting distance of the wall to receive a short, colourful Second Wind speed boost and gain the opportunity to be one eighth euphoric.

Not enough for you? Don your favourite fedora, go for eight pieces, and enter the multicoloured rainbow world of Euphoria where time goes even faster, spikes disappear and your survival speeds up dramatically. Or tackle some of the game’s 150+ challenges ranging anywhere from trivially easy to borderline unfathomable.

Meanwhile, choose from 36 game themes (or throw it on Shuffle), each with themed poetry telling tales of your demise with anywhere from innocent whimsy to incomparable filth, and ranging from surprisingly clever to embarrassingly hideous. If you’re English, Scottish, Welsh, Irish, German, Spanish, Japanese, American, or from Bristol or Norwich like we are, I apologise profusely. Also have the game mock your failures in one of 51 ways of varying levels of Britishness. And all of this while other people’s highscores pop up and you wonder what some people do with their time.

This is the flashiest, fleshiest Maddening to date. It even has some diamondy bits. And you can turn those off if you’re only in it for the circles.

Just don’t buy it if you suffer from epilepsy. (Please.)

Get it on Nintendo Switch

Managing Director, designer of over 800 fonts and creator of over 170 independent games. She.

Windows: Windows Vista or higher, Memory: 512 MB RAM, Graphics: 128MB, DirectX: Version 9.0, Storage: 100 MB available space, Sound Card: DirectX 9 compatible or integrated sound chip, Additional Notes: Screen resolution minimum 960x540
Before continuing to use our website, you will need to read and consent to our privacy policy. This includes information about how we use cookies and how we collect and use your personal data. Read Our Policy Accept Reject
GDPR / Privacy & Cookies Policy
Necessary Always Enabled